This laser cut, highly-detailed, craftsman kit is an exact replica of the coaling facility built in the early part of this century and is still in use today. 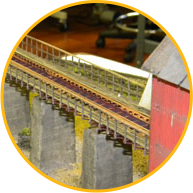 The structure was constructed in the early 1900’s in Sayre, PA by John Murray. The coal was delivered by the Delaware, Lackawanna and Western Railroad. The dealership is still visible from Rt. 17 in southern NYS and is still in use. The tracks were abandoned in the 1980’s. However, there was still a considerable demand for coal then and now. 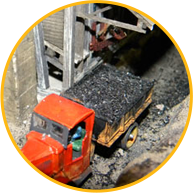 An ingenious method of utilizing the structure was developed. A dirt ramp was constructed up to the coal trestle about 100 yards from the housing structure. Coal was brought from the mines in large dump trucks. The trucks would back up the dirt ramp and the contents dumped into an old coal condole. The condole was winched up the trestle, where the coal was dropped into the proper sized bin. 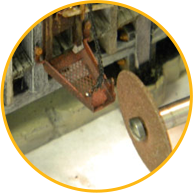 The instruction manual is loaded with photos of the existing building. These views are a great help in weathering the kit. There are also a couple of vintage photos that reflect on the history of this landmark building.